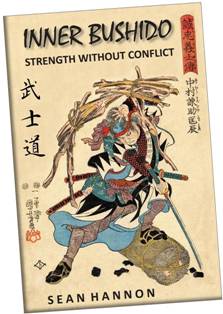 At last we reach the final virtue of Bushido: Loyalty. Oh, how I’ve long waited to explore this virtue.  I really expected this to be a prominent section in the book.  However, surprisingly; Nitobe’s Loyalty monologue is the briefest of the seven virtues even though he purports “…it is only in the code of chivalrous honor that Loyalty assumes paramount importance.” This would certainly explain why Loyalty comes last in the discussion, but it doesn’t explain the brevity.  Nitobe takes a somewhat disappointing “It is what it is” approach to explaining this virtue and this is the first virtue that he doesn’t challenge or attempt to rehabilitate.  One is led to conclude that he finds nothing to object to.  He doesn’t outright endorse the samurai perspective, but simultaneously, he doesn’t seem to feel offended or embarrassed by the notion as he clearly did with other virtues.

In stark contrast to the introduction of previous virtues, Nitobe offers no formal definition of Loyalty, but instead offers fleeting descriptors such as “(Paying) homage and fealty to a superior is a distinct feature of Bushido’s Loyalty.”  He also offers that “Loyalty is the keystone of the feudal virtues making a symmetrical arch.”

Nitobe assumes that his audience already understands the word and, instead spends most of this article discussing the differences in cultural application of Loyalty, comparing Japanese to Western values. I found this valuable, but also inadequate. I would argue that a lack of consensus about what Loyalty is contributes to the present day misuse and abuse of this virtue, particularly in the context of in the context of some martial arts communities.

Although today’s scholars greatly disagree with one another’s proposed definitions of Loyalty, Loyalty can be generically defined as faithfulness or devotion to a person, country, group, cause, or idea.  I tend concur with philosophy professors John Ladd  and Marcia Baron, of Brown University and Indiana University respectively, who both characterize Loyalty as relating solely to an inter-personal relationship.  That is, you can be loyal only to another person, but not to an inanimate object, cause, or idea.  “When we speak of causes (or ideals) we are more apt to say that people are committed to them or devoted to them than that they are loyal to them,” says Baron.  Loyalty suggests people-to-people connections, not so much people-to-ideals.  For sake of argument, our discussions in this article will be limited to this inter-personal definition of Loyalty and, at this time, will also only briefly mention any relationship Loyalty may have to patriotism.