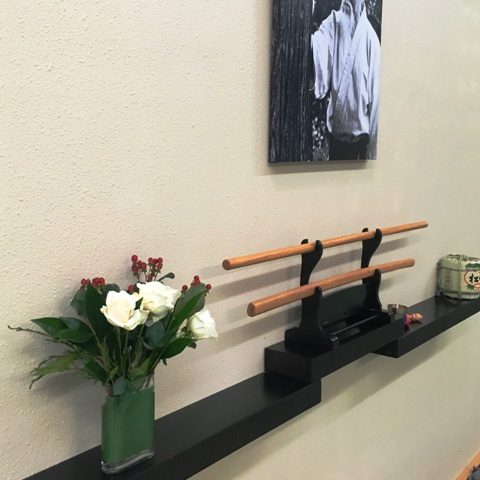 Politeness is Power in Repose

Now here is a virtue that I was not initially excited to explore.  Politeness, in and of itself, sounds like a boring virtue.  It reminds me of my mother repeatedly telling me as a child to take my elbows off the dinner table.  However, Nitobe, as is becoming the norm, quickly intrigued me with a unique understanding of and application for this virtue.  He warns that Politeness, or “Rei”, is a poor virtue if it is exercised merely out of fear of offending good taste or caring too much about what others think.  Instead, Politeness should be “the outward manifestation of a sympathetic regard for the feelings of others.” He continues, “In its highest form, politeness almost approaches love.”  Still, Nitobe does not gauge Politeness as superior to any other virtue of Bushido.  Instead, he acknowledges its equivalency and complementarity to the other virtues.

Certainly for many, Politeness may initially be perceived a peculiar virtue of warriorship.  However, as has been stated before, with the increasing status of the samurai class came proportionally increasing degrees of societal responsibility.  As such, Politeness among this warrior class (and, in turn, the other classes, as well) was elevated to the pinnacle of social intercourse.  Elaborate systems of etiquette and propriety (manners, if you will) came into vogue surrounding many common daily activities.  For example, there became a best way to bow, to walk, to sit, to demonstrate table manners, and even a proper, ideal way to prepare and serve tea.  “A man of education (i.e. Bushido) is expected to be a master of all of these,” Nitobe declares.

This attitude, this consciousness surrounding the virtue of Politeness is not limited to how one behaves or conducts oneself in the presence of others.  Self-Politeness is as much a reflection of how one respects oneself as it does others.  Good hygiene, proper dress and appearance, and being physically fit are all signs of how much – or whether or not – one respects oneself.  That quality of self-respect spills over in the form of manners in how one treats others.

Nitobe is not alone in his opinion of Politeness.  Famous samurai, Yamamoto Tsunetomo from the 17th century book, Hagakure (a.k.a. Hidden Leaves), or more commonly known as The Book of the Samurai, emphasizes the importance of politeness, manners, and self-respect when he is quoted as saying, “Samurai… without fail, pay attention to their personal appearance,” and “It is because a samurai has correct manners that he is admired.”

There are indeed, cultural differences regarding…  (this article continues in the paperback version)

These articles have been collectively published in the new 144 page paperback book: Inner Bushido – Strength Without Conflict by Castle Rock AIKIDO Dojo Cho, Sean Hannon.  The book is available for purchase at Amazon.com.