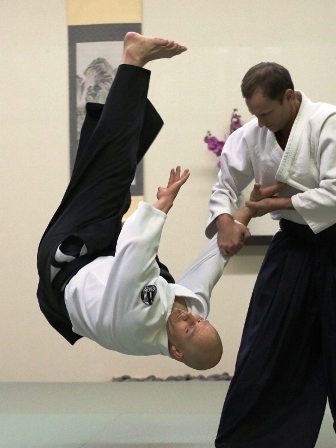 Nitobe begins his discussion of Courage by identifying courage as the element responsible for preserving ‘giri,’ a notion discussed in our previous article, as a legitimate virtue parallel to Rectitude.  He says, “Giri might easily have been turned into a nest of cowardice, if Bushido had not a keen and correct sense of Courage.”

Before defining the Courage associated with Bushido, Nitobe first summarizes a popular conception of courage as “the spirit of daring and bearing…” but notes that this is a quality of the soul “which appeals most easily to juvenile minds.”  He continues to say that “rushing into the jaws of death” is a frequently cited example of courage, but that “such rashness of conduct is unjustly applauded.”

Clearly, Nitobe would not find value in the so-called “Courage” that Hollywood frequently attempts to illustrate in martial arts and other war-related movies of today.  Nitobe then goes on to further distinguish between physical courage and moral courage and he implies that moral courage is far superior.  For example, he quotes…  (this article continues in the paperback version)