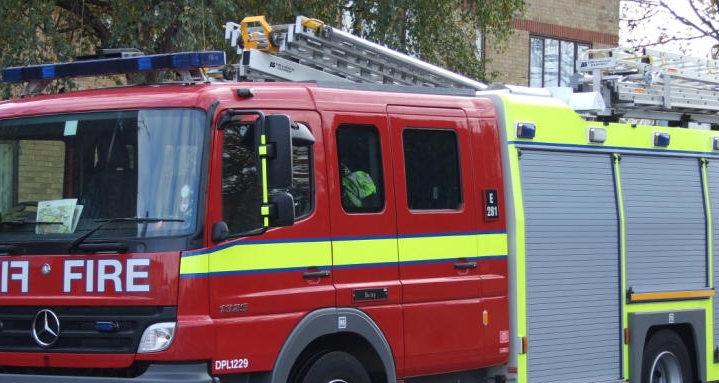 BOKKEN-DORI: noun, definition: When attacked with a sword NAGE disarms UKE with his bare hands.

We were finishing a medical call.

“Control 2, Engine 21 is en route to Swedish to pick up personnel”.

We had finished a call for a patient with shortness of breath and chest pain. The call had gone very well, but it wasn’t over until the patient was transported to the hospital. Our firefighter was going in with the paramedics, just in case. It was a warm summer night and the windows were down in the Engine. As Sean, the Engineer, was turning off the emergency lights and putting the transmission into drive, I looked in the mirror and saw a woman in pajamas and a robe running up the street towards us, waving her arms and yelling.

I got out of the Engine and walked towards the woman.

“I live in the house on the corner. The man across the street is wanted by the police. They have been looking for him. He has been threatening me and my kids.”

I looked down the block and saw a man about 25 yards away. He was putting Japanese swords in the trunk of his car.

Sean called dispatch and relayed our situation. Dispatch confirmed our call, and then I heard the dispatcher reply, “Did you say swords?” Sean replied “Yes.”

I took the woman’s hand. “OK get in the truck and we will drive away until the police get here.”

Now she was hysterical. “I can’t. My kids are in the house asleep. I can’t leave them.”

Well, that certainly changed things. I had been studying AIKIDO for five years. I went to class three times a week, including weapons class every Friday evening. I was a second degree black belt or ‘NIDAN’, which I believe is Japanese for “I think I know everything.” I considered my BOKKEN-DORI (sword disarming skills) to be good, very good. Generally, I never thought of which technique I would use in RANDORI (sparring practice): NIKYO, IRIMI-NAGE, KOKYU-NAGE, etc. I would wait and see what was presented to me.

But this wasn’t the DOJO, and he wasn’t holding a wooden practice sword. If he started to walk towards her house with a that live-blade, Japanese sword, I would have to do something. If he started walking towards us, well…

“If he comes towards us, run him over,” I said calmly.

“<Expletive deleted> No! I am not kidding!”

The man was still staring at us. Suddenly two police cars arrived. The man dropped the sword and was arrested. One of the officers escorted the mom back to her house and checked on the kids, who had slept through the whole call.

I climbed back into the Engine and Sean said, “You really wanted me to run over him didn’t you?”

When we got back to the station, I laid in bed thinking about what had happened, what could have happened, and what the lessons were.

Although, sometimes when the potential consequences of inaction may lead to the harm of innocent people, you must act.  But that is a lesson for another time.