The Significance of Our School Logo (DOJO KAMON)

In December, I took a trip to the beautiful country of Japan. I went with a geography class from the University of Colorado Denver and was in country for about two weeks. The first three nights we stayed in a hostel in TOKYO and then took the SHINKANSEN, or bullet train, down to KYOTO where we stayed for another five days. Eventually we made it back up to TOKYO where we stayed for three more days. Japan has so much to see and to offer its visitors so we tried to see as much as we could. Here are a few of the places we visited during our stay.

During my first day in TOKYO I went to the famous SHIBUYA district. Buildings upon buildings stretched out in all directions and reached high into the sky. Crowds of people wandered through the winding lanes, popping in and out of the stores that lined the streets. I found so many interesting places like Club SEGA, an arcade; an underground MANGA store; and Freshness Burger: a restaurant that served delicious tofu burgers. Being in SHIBUYA the first day was sensory overload. There were so many things going on and so many people moving about. That same evening, I found myself back in SHIBUYA after visiting a few other districts. At night, the streets become even more packed with people and the buildings light up with neon lights. If you ever find yourself in SHIBUYA, make sure you watch everyone at the crossing near the train station. Crowds line up in front of the crosswalks and then move across in waves of people, all weaving through each other as they pass on the crosswalk. It’s astonishing just how densely populated SHIBUYA is.

KOTOKU-IN is a temple located in the city of KAMAKURA which is south of TOKYO. This temple is home to one of the DAIBUTSU, or Great Buddha statues. The Great Buddha of KAMAKURA is a bronze statue of Amida Buddha, who is the principle Buddha of the Pure Land Sect, which is one of the most popular in Japan. The statue was first built around 1252 and measures 43.8 feet tall. It was severely damaged during the Great KANTO Earthquake in 1923, but has since been restored.

I was lucky enough to able to visit the FUSHIMI INARI Shrine on New Year’s Eve. I arrived around 6 pm, just in time to see all the vendors setting up their tables and stands for the festival that takes place every year at the shrine. Many people come on New Year’s Eve for the festivities and to offer prayers at midnight. This is a gorgeous shrine in KYOTO that was constructed at the base of a mountain. Ten thousand orange TORII gates run up the and around the temple to the inner shrine. A few classmates and I  made the trek up and through all the TORII gates, and even though it was a cold night, it was worth it. There were several shrines at different points along the path and there was also some great view of the twinkling lights of KYOTO off in the distance.

This is a Buddhist temple and is one of the KYOTO GOZAN, or “five great temples of KYOTO.”  Constructed in 1236, it has the oldest SANMON gate in Japan which is a traditional ZEN Buddhist structure and is considered a National Treasure of Japan. There are two ZEN gardens inside this temple as well as an area with several family shrines. We visited TOFUKU-JI on the first of January and saw many people visiting for the start of the New Year. Several people were also paying their ancestors a visit by brining offerings to the shrines and by cleaning them.

NARA was the capital of Japan from 710 to 784 and is home to several temples and shrines including TODAIJI Temple or Eastern Great Temple. Not only is this the largest wooden building in the world, but it also houses the largest bronze statue of Buddha Vairocana. Another unique thing about NARA is the deer that roam around. You can buy little crackers to feed them with and sometimes, if you bow, the deer will bow back.

HIROSHIMA was one of my favorite cities that we visited. The temperature was warmer, the sun was shining, and mountains were a perfect backdrop to the modern city. We visited the A-bomb dome, which was devastating to witness. It is a terrible reminder of what happened on August 6, 1945. However, on the other side of the river was Peace Memorial Park. This was a beautiful piece of land that reminds us that there is hope. Ashes can be turned into something beautiful. And that is the story of HIROSHIMA. It was hard to believe that houses and shops used to occupy the very ground that I was walking on and that in one quick moment, it had all been destroyed. Looking at the city and the park now, you would never know.

One of the last places we visited was HAKONE. It is located west and South of TOKYO and is a popular vacation destination for many Japanese city dwellers. HAKONE is the name of the mountain town as well as the nearby volcano that is still active. In fact, Mt. HAKONE has seven cones and two calderas that were created by eruptions several thousand years ago. One of those calderas is now the well-known Lake ASHINOKO. You can take a pirate ship across Lake ASHI as well as cable cars and ropeways that take you up and back down the mountains. 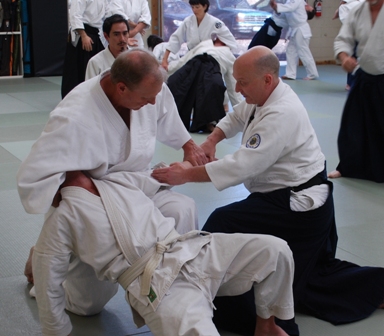